It's All Social Media?

Someone told me this the other day. If this is in fact true, then we can drop the word social, and it's just media.  Maybe it's transmedia.  You have to broadcast on ALL channels. Wait a minute!

The fine folks in The Silicon Valley (the real one, not the TV show) are dictating our future, and even though we live in Merica, the land of the free and the home of the brave, we don't get a vote.  That's the illusion. With new networks popping up practically every damn day, yes, that's right, I swore, how is someone that's been online for next to forever in 'net years suppose to keep up?

Anyone these days with half a mind can setup a server, and attract 5000 of their closest friends, and start a social network. Not to be confused with the movie, which as we know was about the startup of the book of the face. I'd use its real name, but I don't feel they want the added publicity. Despite popular belief, there is such a thing as bad publicity.

Which is probably why we have so many social media outlets. There's one out there that was attempting to take down #1 by effectively creating a Bitcoin Ponzi scheme. I only say this as I read that Bitcoin futures are about to expire for the first time.

Now the evil among you would be thinking that one bad EMP can and will ruin your whole day, however this is simply a matter of the first shall be last. Blockchain technology is everywhere. You can't read really anything without hearing mention of it. I'm not decrying its mere existence, it's just that winners can't continue to pay for losers, which is probably why Bitcoin is collapsing at a rapid rate.

Yes, I may have to do some fact checking, and links to appropriate articles and videos, however, I'm going to continue to bloviate until I make my point which may simply be this: I once heard that there's old pilots, and bold pilots, however there's no old/bold pilots.

Speaking as one of the first if not thee first old and bold pilot, I'm here to tell you that communication relative to Moore's Law will continue to come at you faster, but not necessarily cheaper. You can have it now, or five minutes from now, and it still reads like yesterday's news.

Ironically, giving up the social aspect of the media will allow me more time to create, and then get my message out via social media.

72 and sunny in Redondo Beach, as always.

Adjust your expectations accordingly™
Posted by Batman at 10:02 PM No comments:

Today's Interruption Brought To You By...

There, I said it. After awhile, you figure out that time spent online mindlessly clicking away at the latest social media gadget doesn't make you any money.  Maybe the PPC's aren't adding up to anything, and you think you're earning BitCoin.  You may ask yourself, "Self, how volatile is it?"

Sure, Blockchain is a great tech, but there are those out there that are actively hacking it.  At some point, the reserves at the federal reserve are going to run out, and then it will be like we're back in the 60's with Auric Goldfinger attempting to irradiate the gold in Fort Knox.

The reality of this situation is that while it would be radioactive, it would probably still be there, and could be used at a backing for our tax dollars at work, whether or not anyone could actually touch it. Get near it even. (Did I just sound like SnagglePuss?)

Speaking of SnagglePuss, I looked up Exit Stage Left and came up with a four second video wherein he actually exits stage right....

So, in a land where Bond doesn't stop the bomb from going off, mostly because he's a fictional character and he doesn't exist, what happens if Fort Knox gets irradiated?  I don't know!!! I'm not an economist!!!

I know this rant started logically complete with a theme, and the necessary notification of, "I have work to do!!!" However, that work has been put in an almost perpetual wait state by the fact that there's more work to do than hours in the day, and currently, I'm waiting for phone calls on a Friday after close of business.

I'm not talking to anyone until Monday apparently.

72 and sunny in Redondo Beach. Adjust your expectations accordingly™

Posted by Batman at 5:35 PM No comments:

If a picture is worth a thousand words, how much is a mental snapshot worth? I've seen
too much, and according to the average person on the street, I may know too much too.
So, what's the big deal?

There's a hashtag out there trending currently: #ShutdownDC and my first thought on
that was, "What did the comic book company ever do to you?" I've been a DC guy all of
my life, and apparently even before it was DC. History states that we're having 80 years
of Batman, AND 80 Years of Marvel comics. Well, one statement is factual, and the other
isn't. At the end of this, I'll let you decide.

Marvel wasn't really a company until the early '60's. Stan Lee started an imprint, and
brought 3 characters with him from his previous company. Sure he created new ones,
and most of those are Marvel icons today. If you pulp an entire run of a comic, does it
still exist? Paper deteriorates at a rapid rate. Thats' why artists use Bristol boards, which
I'm guessing were invented in the UK....

Art must be preserved, and good art must last forever. We must continue to publish or
perish. Who said that first? A simple lookup that will get a link at some point.

Timely comics preceded Marvel, and National Periodical Publications preceded DC. One
company owns all of its characters, and one doesn't. I'll leave the reader to decide who
owns the current iteration of Spider-Man. What if Stan Lee didn't hyphenate? Spiderman
is in the dictionary too.

Batman has fought with the Black Widow as well. There's a serial out there (or was it the tv series?), and I believe all of the videos are currently on the tube that is you if you'd like to watch. Saturday
mornings you could give your kid a nickel and send him to the theatre to watch the big
screen all day. That's not true today. Well, it's still true, but child protective services
might get on your case. We don't want that.

How many laws have changed, or been broken and readjusted in the name of
"Protection?" I don't truly know. Some would believe we live in a police state because
there's drones flying overhead. Big Brother IS watching you about what, 25 years after
the fact? Hint: 1984 wasn't written in 1984. Orwell was a genius. He got most of it right.
If things are done for you, you may be okay. If they're being done to you without your
permission, it's definitely not. Who decides? The media? NO!!! We may have influence,
and I add myself in this category, simply because I've grown up in the business we call
show, and most of you are younger than me. Well, most of the planet, not necessarily
most of my readers. As you may remember, I have only about 2 or 3 these days....

So, media sets the message, and then we can choose to ignore or accept it. If you don't
like the message, don't hate the player, hate the game. The opposite of Love is NOT
hate. It's indifference. Most don't get that.

As a technologist, Bruce Wayne and by extension Batman has figured this out. That's
why we have Waynetech today. I'm pretty sure Bruce has put a backdoor into all of it so
that Batman can watch his city from the Batcave, and get alerted whenever the need
arises. One of the versions of the animated series had exactly that. I believe he called it,
"The Bat Wave."

So, on the Marvel side, we're dealing with a Spider-Man story today, and I believe that
Doc Ock is currently inside Spider-Man's body. Well, he transferred his mind there. What
he doesn't know is that he didn't eradicate Peter Parker's. He just pushed it down, or more likely swapped with. Maybe both!!!

There's a lot of Science Fiction out there dealing with mind control, and mind
transference. My thinking is the brain is truly the final frontier, Star Trek's opening
monologue notwithstanding.

Interesting to note that Star Trek as a comic book has been published by both of "The Big
Two" and a third company as well. I believe that 3rd company got there first, and then
Marvel, and finally DC. It's not clear to me whose currently publishing Star Trek, as I
haven't been to a comic book shop since Batman Day, 2019.

I didn't scan the shelves, as I was on a schedule that day.

So, what did you decide?
Posted by Batman at 6:10 PM No comments:

My father was born. 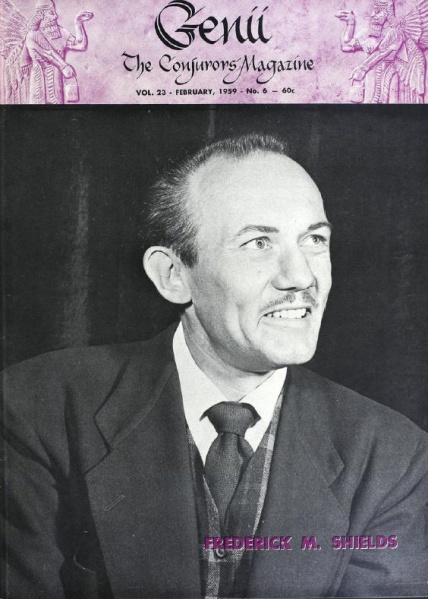 Was Going To Write Something

Okay, there. It's done. Now I can get on with the rest of my day. This raises the question, "Why do they call it Labor Day when nobody works?"  I'm here because I'm avoiding the paid assignment.

I've signed several NDA's as well, therefore I can't even truly talk about it. However, there's no clause in any of them that says I can't talk about the NDA's themselves. You may have even signed one yourself without knowing it. Aside: A verbal contract is worth the paper it is written on.

How would you not know if you've signed an NDA? Well, it may be buried in a contract that you've signed with a company for which  you may or may not be currently working. Also, for the two or three of you out there that don't know the acronym: Non Disclosure Agreement.

The boilerplate is basically, "You can't talk about it, while we can!!!" It should truly be a mutual NDA, however, one side always gets the best of the other in these things, no matter who's who.  Like I said above, I've signed my share of them on both sides.

So, when someone asks you a question about where you work, before you check your contract say, "I can't talk about it." This gives you an air of mystery, and keeps 'em guessing.

Maybe that only works for me. I'm not sure. This isn't work, as defined above, therefore, I must be playing. The game of life. Not to be confused with the Milton Bradley version. Why, you may ask?

Maybe you didn't. I don't know truly. All I know is there's no square that states, "Achieve your career goal after x years on this planet, and have fun now...."

There's a pool just outside my apartment, and we've talked about that before, however, there's no party going on now. This makes no sense. It's probably why I can't concentrate to do the paid assignment. No outside distraction to tune out. Today's conundrum brought to you by, "Complacency!!!"

Well, it truly is 72 and sunny in Redondo Beach™

e You next time.

Posted by Batman at 2:44 PM No comments: